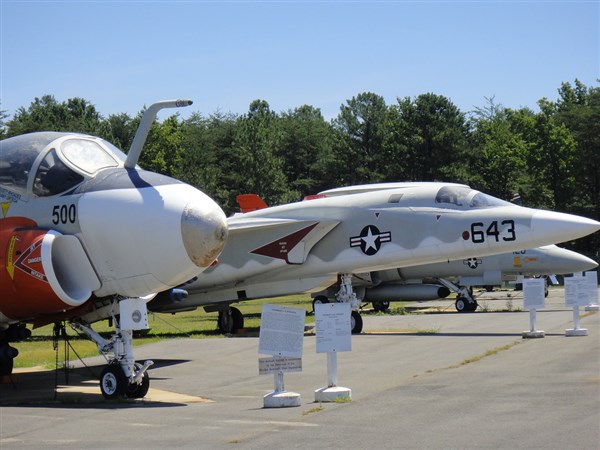 This Chesapeake Bay destination is brimming with history, outdoor fun, vibrant culture and passionate people eager to share it all with you. Just a short drive from Washington, D.C., discover the mid-Atlantic's best kept travel secret. St. Mary's County is situated on a peninsula in Southern Maryland with over 500 miles of shoreline on the Patuxent River, Potomac River and Chesapeake Bay.

Our first stop on this weekend getaway will be at the Patuxent River Naval Air Museum. Here, we will discover the story of how the Navy established their flight test center in rural Southern Maryland. There is an extensive collection of flight test and naval artifacts ranging from ejection seats and weapons to unmanned aerial vehicles and full-size aircraft. Next, we will head down to St. Mary's peninsula to Piney Point Lighthouse Museum to see the maritime exhibit, lighthouse/keeper's quarters and main museum. We will then check-in to our lodging for the next two nights. Dinner will be included at a local restaurant this evening.

After breakfast, we will set sail for a cruise on the Chesapeake Bay around Point-No-Point Lighthouse and experience the Bay hands-on. You will see the tools of the trade - pulling pots to harvest blue crabs and hand tonguing a few oysters when returning to the dock. Our next stop will be Historic St. Mary's City, an archaeological museum on the site of Maryland's first capital, for a historic highlights tour. The tour includes the Plantation, the Maryland Dove, which is a re-creation of the smaller of the two ships that originally settled the colony of Maryland, Town Center to walk the paths that Maryland's colonists trod and the Woodland Indian Hamlet, which is a re-creation of a small Yaocomaco Indian hamlet (a small settlement) typical of those found in southern Maryland in 1634 at the time of contact with English colonists. Dinner this evening will be at a local restaurant.

Following breakfast, we will depart for Annmarie Sculpture Garden & Arts Center for a docent-guided tour of the beautiful sculpture garden and art galleries. The next stop will be at the Calvert Marine Museum, located on Solomon's Island, to see indoor and outdoor displays including marine wildlife, fossils, boats and lighthouses. Before we depart for home, we will have an included lunch at The Lighthouse Restaurant. Arrival back home will be early evening.