Titanic at the Fulton Theatre 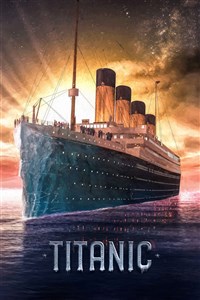 Join Perkiomen Tours as we travel to the Fulton Theatre in Lancaster, PA to see a show about the quintessential disaster of the twentieth century: 'Titanic'.

This trip to Lancaster, PA will begin with lunch at The Pressroom Restaurant prior to the musicalized story behind the legendary and tragic maiden voyage of the luxury liner: 'Titanic' at the Fulton Theatre.

The sinking of the Titanic in the early hours of April 15, 1912, remains the quintessential disaster of the twentieth century. A total of 1,517 souls—men, women and children—lost their lives (only 711 survived). The musical play 'Titanic' examines the causes, the conditions and the characters involved in this ever-fascinating drama. This is the factual story of that ship—of her officers, crew and passengers, to be sure—but she will not serve as merely the background against which fictional narratives are recounted. The central character of 'Titanic' is the Titanic herself. The story follows the captain, owner and designer of the ship, plus couples in the first, second and third-class passenger sections, and how each deals with meeting their various fates aboard the doomed "floating metropolis." The score includes: "There She Is," "Godspeed Titanic," "Lady's Maid," "The Night Was Alive," "Doing the Latest Rag," "No Moon," "The Blame," & "We'll Meet Tomorrow".

No stops will be made while traveling to or from our destination today.
11:45AM - 1:15PM Lunch at The Pressroom Restaurant
1:30PM Arrive at Fulton Theatre
2:00PM - 4:30PM 'Titanic'
Depart for home after the show

Due to the close proximity of the theatre to the restaurant, passengers will walk the short distance (approximately 400 ft) from lunch at the Pressroom to the show at the Fulton Theatre.